The project contains a series of untested geophysical anomalies that are drill-ready targets.  All of the targets are located under approximately 50-100m of cover rocks.

Ernest Henry South is the subject of a farm-in agreement with Rio Tinto Exploration.  Geophysical work by Rio, including MIMDAS surveys partly funded by a QLD Government grant (won by Red Fox), aerial EM and ground gravity surveys have defined several strong conductors associated with a NW trending structure which extends south-east from the Ernest Henry deposit.  Drilling of targets in this area is likely in the near future.

Gipsy Creek contains a major conductivity anomaly defined by a recent magneto-tellurics (MT) survey completed by the Queensland Government.  This survey identified a series of conductive “pipes” that showed very clear correlation with the known deposits at Ernest Henry and E1.  A third pipe is located underneath Red Fox’s Gipsy Creek tenement.

In 2020, Red Fox has won a $190,000 QLD government grant to complete the drilling of three holes at Gipsy Creek. These holes aim to test an Eloise style IOCG target zone of non magnetic sulphide dominant mineralised shear zone.  Drilling is expected to be carried out in early 2021.

These targets are ready for drilling. 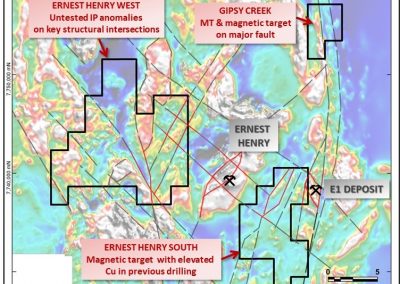 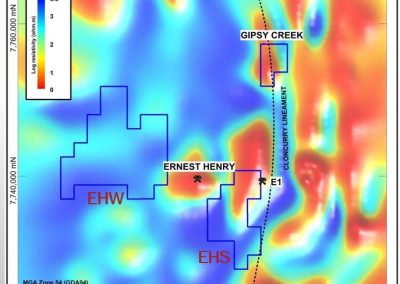 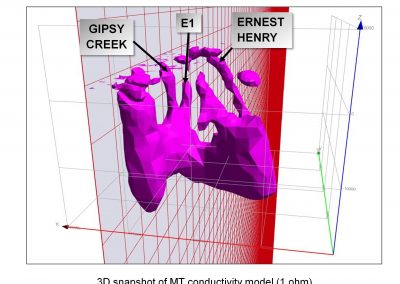 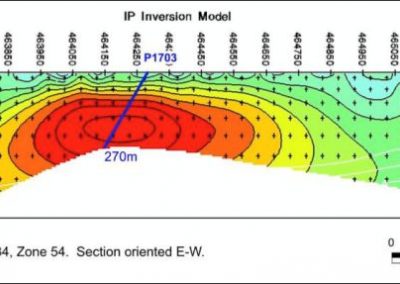 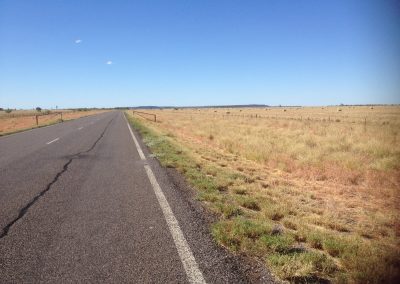 The target at Butcher’s Bore is Tick Hill style, high grade gold.  The Tick Hill Gold Deposit is located approximately 100km southwest of Cloncurry and produced 513,333 ounces of gold at a recovered grade of 22.6 g/t Au (MIM Annual Report), making it one of the highest grade gold deposits in Australia’s recent history.

The most significant of these anomalies is the “GW Gossan”, which is a mineralised structure which extends for approximately 1km with high grade gold over  at least 50 metres of strike including a channel sample of 10m @ 25.6g/t Au. Channel samples across the strike returned 10m @ 3.4g/t Au. No drilling has been carried out on this highly mineralised outcrop.

At Butchers Creek, alluvial gold has been worked from  a zone of anomalous gold shown in stream samples and soil samples over 2.5km.  Despite rock chips from the area returning up to 7.7g/t Au no follow up work has been done. 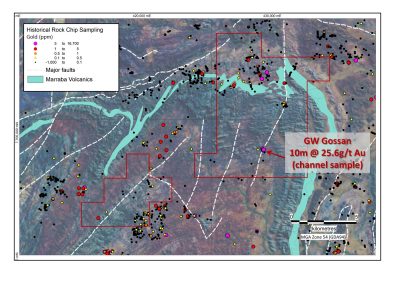 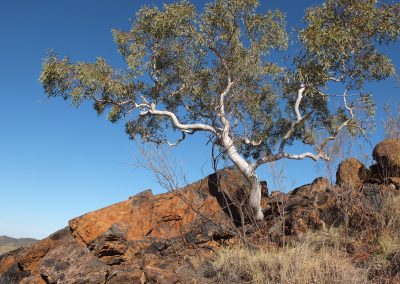 Wallaby contains coincident gold in soil geochemistry and geophysical anomalies (combined EM and magnetics).  The bulk of the 2.5km strike length has not been tested by drilling.  Rock chip sampling has returned up to 21% Cu and 5.1g/t Au.

Red Fox will complete additional soil sampling and geological mapping, prior to drilling. 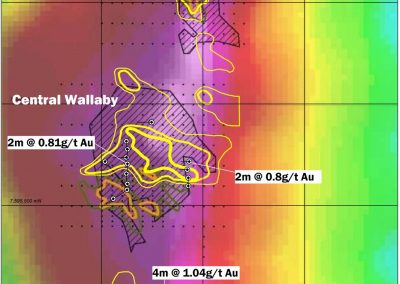 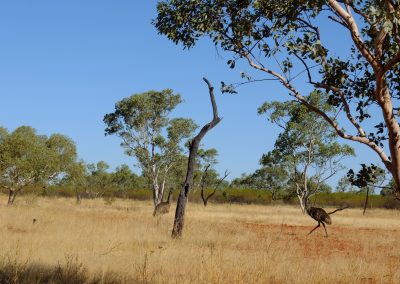 The Mt Ulo Pb/Zn prospect also sits within Red Fox’s Mt Carol EPM.  The target is sedex style zinc (e.g. Century) associated with black shales, silicified shales, and ferruginous breccias.  A 13km strike length of anomalous lead and zinc has been identified.  The bulk of the zone is untested, although some shallow drilling has returned 3.05m @ 2.08% Pb and 16g/t Ag.  Wider zones of mineralisation include 30m @ 0.42% Pb and 8.6g/t Ag.

Previous work at Mt Ulo has focused on the lead anomalies, leaving the main zinc target untested.  This is a walk-up drill target.

In the southern extension of this prospect at Camel Bore a large gravity anomaly coincides with the prospective horizon. Infill gravity surveys and soil geochemistry are required to refine drill targets in this area. 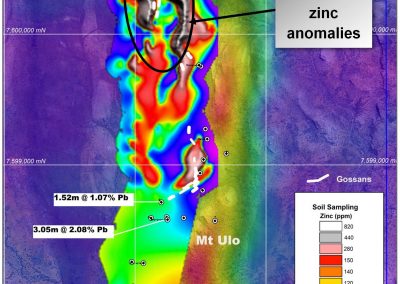 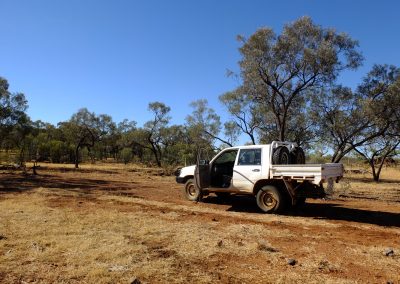