At the Eveleigh Prospect, mineralisation starts from surface, with significant intersections such as 24.4m @ 2.5% Zn, including 1.3m @ 9.8% Zn in previous drilling.  Previous drilling was shallow, is open at depth and along strike, providing walk-up drill targets.

The majority of previous drilling at Eveleigh was completed in the 1960s, before the discovery of Cannington (44Mt @ 4.2% Zn, 8.9% Pb, 383 g/t Ag; BHP, 2007).  Previous explorers interpreted the mineralisation to be skarn style and as a result the holes are poorly targeted.  Modern interpretation indicates that the deposit is BHT style: this changes the targeting strategy (stratiform/bedding parallel) and greatly increases the size potential.

Drilling has only been carried out on the zinc lens although additional silver/lead sulphide lenses are also interpreted to the north, defined by Pb-Zn in soils and a line of historical high grade Pb-Ag workings.  The strike length is over 1500m.

At the Talaroo Prospects (North, Central and Southern Zinc) several BHT style lode horizons over strike lengths of >1.7km  have been defined with outcropping gossans in part. Only one hole has been drilled by previous workers within the lode horizons.  These prospects require a geochem framework to aid drill targeting.

Red Fox are proposing early drilling of the Eveleigh Zinc prospect and geochemical surveys over the Talaroo prospects to refine drill targets. 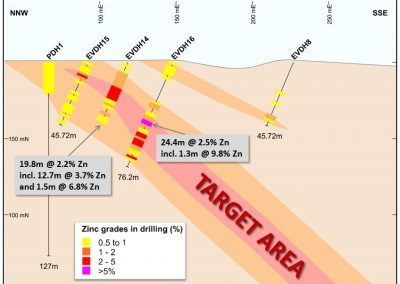 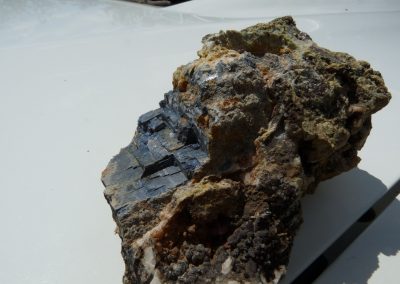 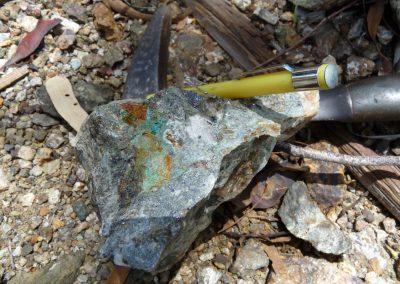 Malachite and galena at Eveleigh 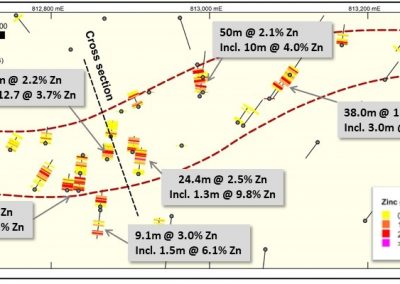 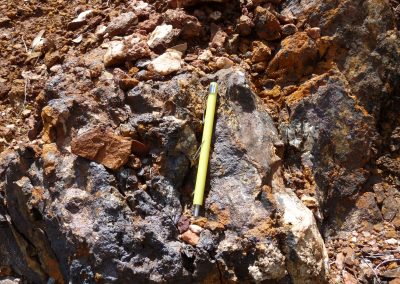 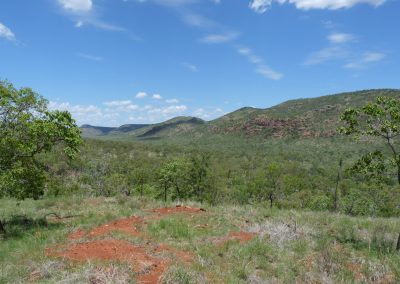 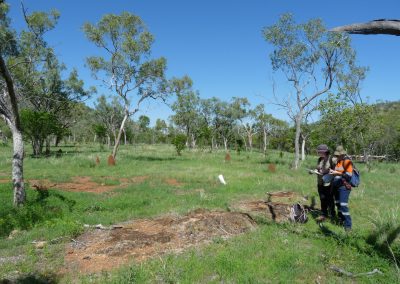 Copper Creek is an IOCG style target with many similarities to the nearby Kaiser Bill deposit (15.0Mt @ 0.8% Cu; Lees, 2015).  The tenement contains strong copper and zinc stream anomalies over 10km strike length, completely untested by drilling.

The main copper anomaly has been confirmed by soil sampling, which outlined a coherent, highly anomalous soil anomaly over at least 1200m.  The mineralised zone consists of a mylonite with quartz veining and gossan in outcrop.

The lack of follow-up at Copper Creek is significant.  Red Fox will complete geological mapping and infill soil sampling to refine drill targets within the main anomaly. 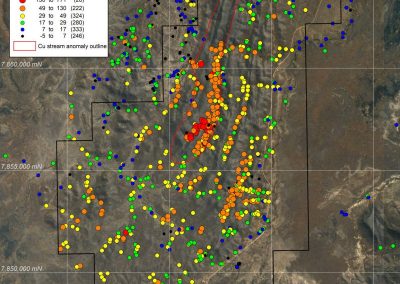 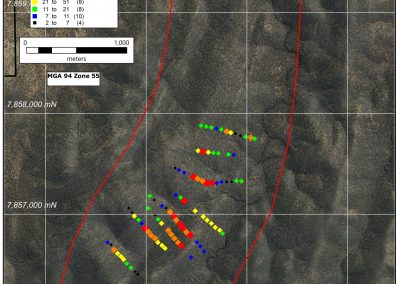 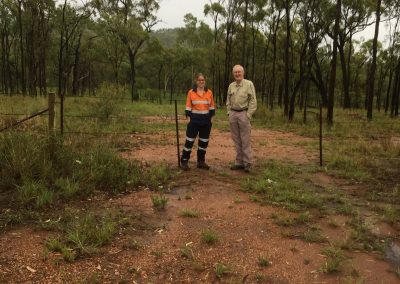